Description of the route

This route will take you through the most agricultural part of the area known as the Alcarria, and crosses fields of olive trees for the most part, between the Entrepeñas and Buendia reservoirs. Leaving Sacedón in a southern direction, the first thing we find along the road is the Monument of the Rollo Trujillo. It is an exact replica of the one in the city of Trujillo. It was built in the 1950’s to mark the inauguration of the Buendia and the Entrepeñas reservoirs, which are visible from here.

After visiting the monument, you will have to walk slightly off the road until the turn-off that goes to the bridge called Puente de los Mil Ojos (the Bridge of the Thousand Eyes), which is an aqueduct used for irrigation. The route crosses the entire aqueduct, which is now passable as it is no longer in use.

The route reaches a track and then turns towards Sacedón, and returns along the same road you used to leave the town. Just before you reach the end of the route, you will pass by the hundred-year-old bullring of Sacedón that was inaugurated in 1910.

Things to see along the way 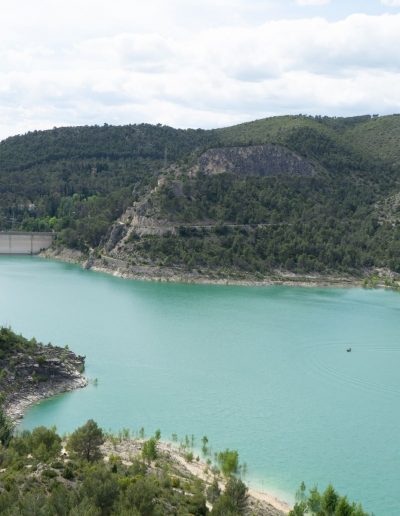 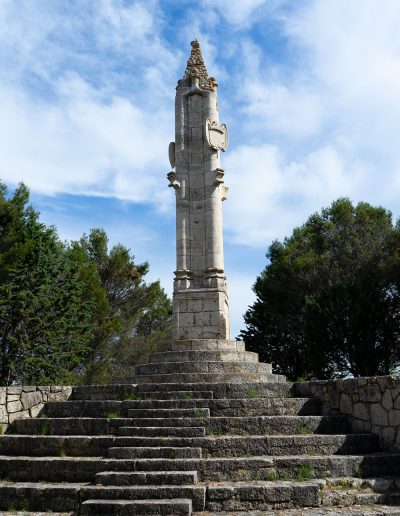 You can follow the route using your phone’s GPS. You will need a special application to open the GPX file.

Description of the route

* Year-round conditions, times estimated according to MIDE criteria, without stopping to rest. Calculated using data from 2021.

Other places in the area

¡Make the best use of your visit!

One of the clearest and most beautiful examples of the presence of the Cistercian order in the Iberian Peninsula.

Built in 1461, it crosses the Tagus River and connects the municipal districts of Auñón and Sacedón.

Ruins of an old spa, which then became a psychiatric hospital. These ruins were submerged, but are now above water again.